Neither Bear nor Spaniard 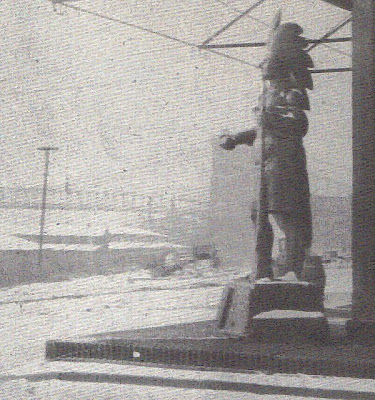 “…With a musket in one hand and a pack of cigars in the other…“Tecumseh”—so everybody called the wooden Indian in front of the cigar store in the old Spencer house—gazed out for many years upon the waters of the Ohio and Licking rivers. Thousands of Cincinnatians, going down Broadway to the Coney Island and other wharfboats, saw him standing there…How many wooden Indians are left in Cincinnati? The census estimates vary from three to about six.”
--Cincinnati Times-Star, June 9, 1929

Note: Spencer House is visible in the image posted yesterday...The light-colored 5-story structure with the awnings in the photo's center. "Tecumseh" in under the corner awning.