Portrait of a Bachelor 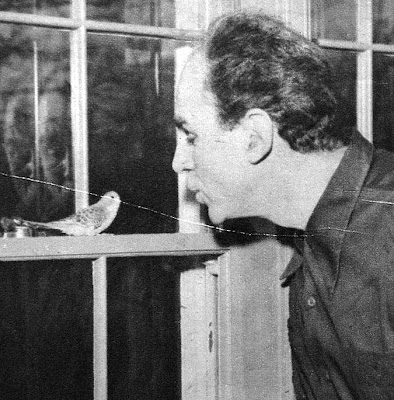 Mike, a parakeet, is a friend who often greets the announcer when he returns home after radio and TV chores.

"Peter Grant, WLW-T and WLW newscaster, has been speaking to Greater Cincinnatians via the air waves for 20 years. Born Melvin Maginn in St. Louis, Mo., he was a soda jerk, assistant tree surgeon, bus driver, and law student before settling, in 1932, into his present Queen City occupation. Tall and genial, he wears tweed, rides to the hounds and talks with smooth, modulated, almost British diction. He is unmarried and hopes to remain that way during this leap year."
-- Cincinnati Enquirer, ‘Sunday Magazine’, March 2, 1952 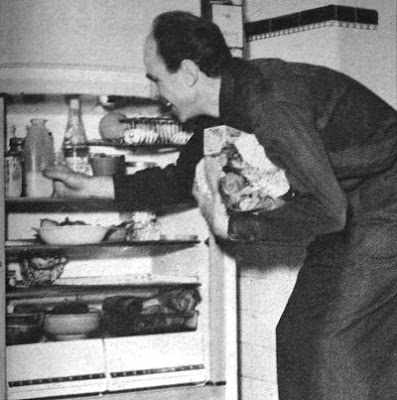 Grant’s mother keeps the refrigerator well stocked for a snack after late work at the studio.

"Despite all the talk about Peter Grant leading a womanless existence, there’s definitely a lady in his life. She’s his mother, Mrs. Anna Maginn…Grant’s quick to admit he’s probably remained a bachelor to his present age of 57 because of his parent. 'No married man could get the service I get…I can’t imagine any other woman catering to me the way mother does...'" 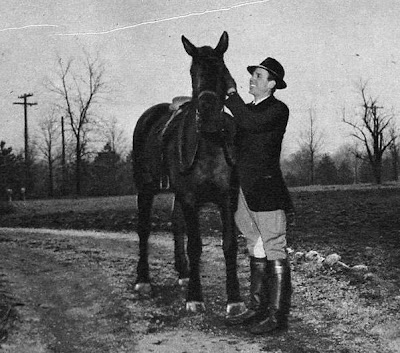 "Ruth Lyons has been industriously trying to marry Mr. Grant off for years on her program…He has a life so well organized it would be tough for a would-be wife to find an opening wedge."
--Cincinnati Enquirer, July 30, 1964