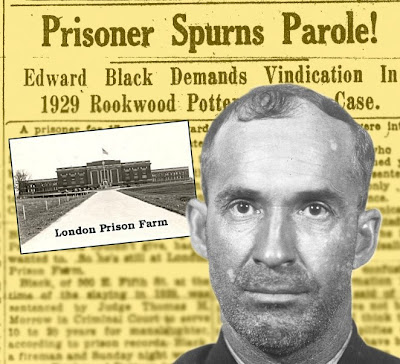 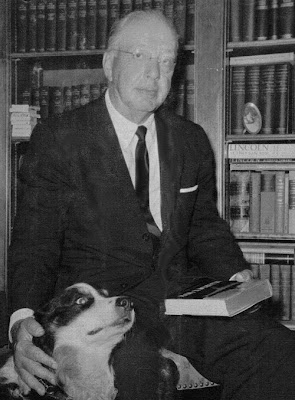 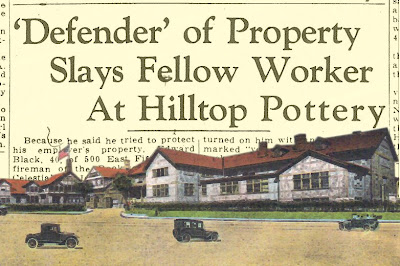 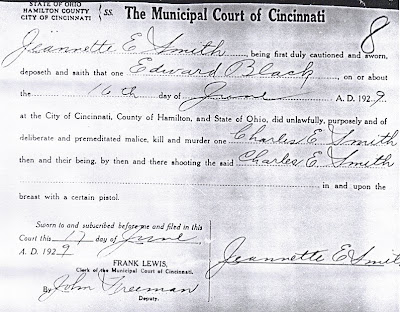 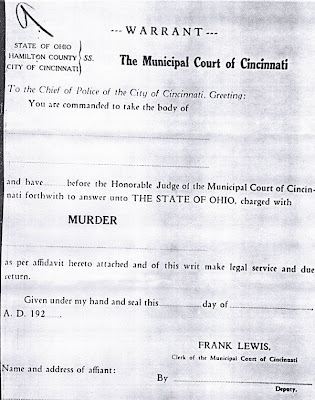 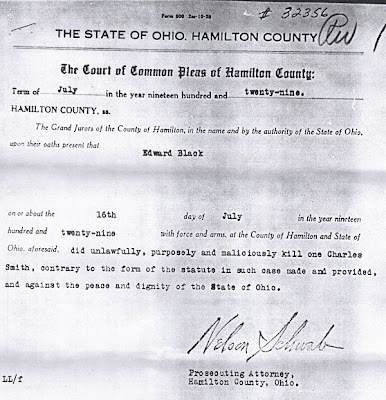 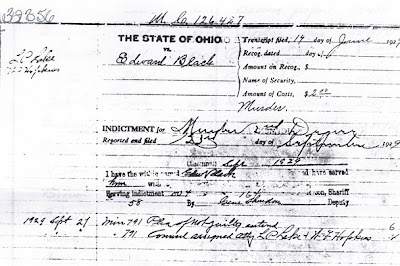 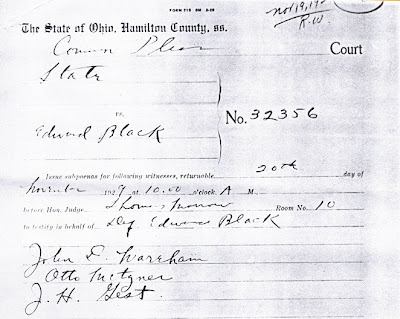 Murder at the Pottery

"In order to discourage employee pilferage, Edward Black, a fireman on the night shift, was stationed at the gate to inspect packages taken out by the workers.. On June 16, 1929, Charles Smith, an engineer at the pottery, came out carrying a suitcase and refused to open it." 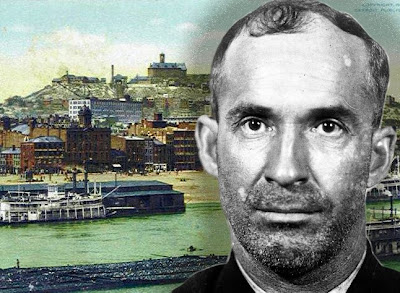 Edward Black, mugshot, against a tinted postcard view of 1920 era Cincinnati.
Pottery on the left atop hill in the background...

"Charles Smith, 50 years old, engineer, 3327 Hackberry Street, was shot and wounded fatally when in an argument with Edward Black, 40 years old, fireman, 500 East Fifth Street, at the Rookwood Pottery, Celestial and Ida Streets, early yesterday morning.
Black notified Lieutenant Christian Tuerck and Patrolman [Raymond] Lageman and surrendered immediately after the shooting. He said he fired in self-defense. When officers arrived Smith was unconscious. He was pronounced dead on arrival at General Hospital. Coroner Fred C. Swing reported three bullets had pierced Smith’s heart….Black said he was watchman on Sunday’s [sic] at the Rookwood Pottery and had noticed that each week-end Smith carried a package when he departed, He said that early yesterday when he called attention to the package Smith became enraged and approached him in a threatening manner. He said he backed away until he was against the wall of the building and when Smith continued to advance, he opened fire.
Police said the package Smith carried contained several pieces of Rookwood. The victim had been employed at the pottery for more than 15 years." 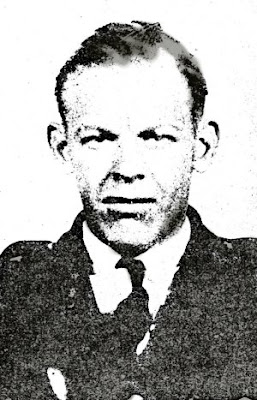 Raymond Lageman, one of the arresting officers.

"According to Black, and through information given by Detectives Henry Lowenstein and William Cleary, the shooting followed an argument…He said that Smith argued with him for locking the door to a room where the finished products are kept. Black told police he refused to open the door…Shortly after this Black said he saw Smith leaving the building with a package under his arm…Black told detectives that in the last several months a large quantity of merchandise had been missing from the pottery…Black said he feared a physical encounter with Smith, who was twice his size and weight…In the bundle police said they found three cups and five saucers, property of the pottery company…The weapon used was a .25 caliber automatic pistol. Another gun, a .38 caliber police special revolver…he also had on his person at the time of the shooting." 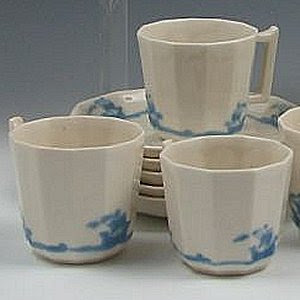 
"Smith, after arguing earlier in the day about shutting a door, left for home at noon with some saucers and cups wrapped in paper, it was said."

"Detective Chief Emmett D. Kurgan and his men had five killings to investigate Monday. They occurred Saturday night and Sunday, the largest number of homicides in a 48-hour period in the history of the department…Black fired seven shots at Smith the police said…”I backed away until I bumped into a wall.” Black told police. “When I couldn’t go any further, and when Smith kept coming at me, I shot.”

Gun links are to types of weapons not actual ones from this crime.