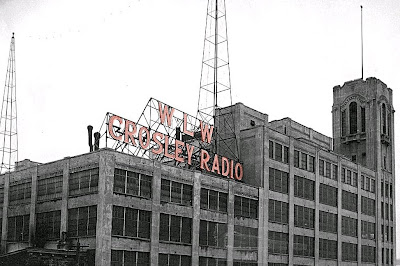 “Inside WLW’s Arlington Street studios…a recently hired announcer named Norman Corwin was surprised to discover the following memo on his desk…’No reference is to be made of strikes [by employees of any company] on any news bulletin broadcast over our stations’…Norman Corwin received a response to his memo. He had been hoping, in his words, for something of a ‘merit badge’. Instead he was told his position on staff was redundant. Exit Norman Corwin stage left…[By the early 40s] Lewis Crosley started keeping an eye on the more vocal union members. He also combed through the trash after union meetings on company premises.”
--Crosley, by Rusty McClure with Davis Stern and Michael A. Banks, Clerisy Press, 2006