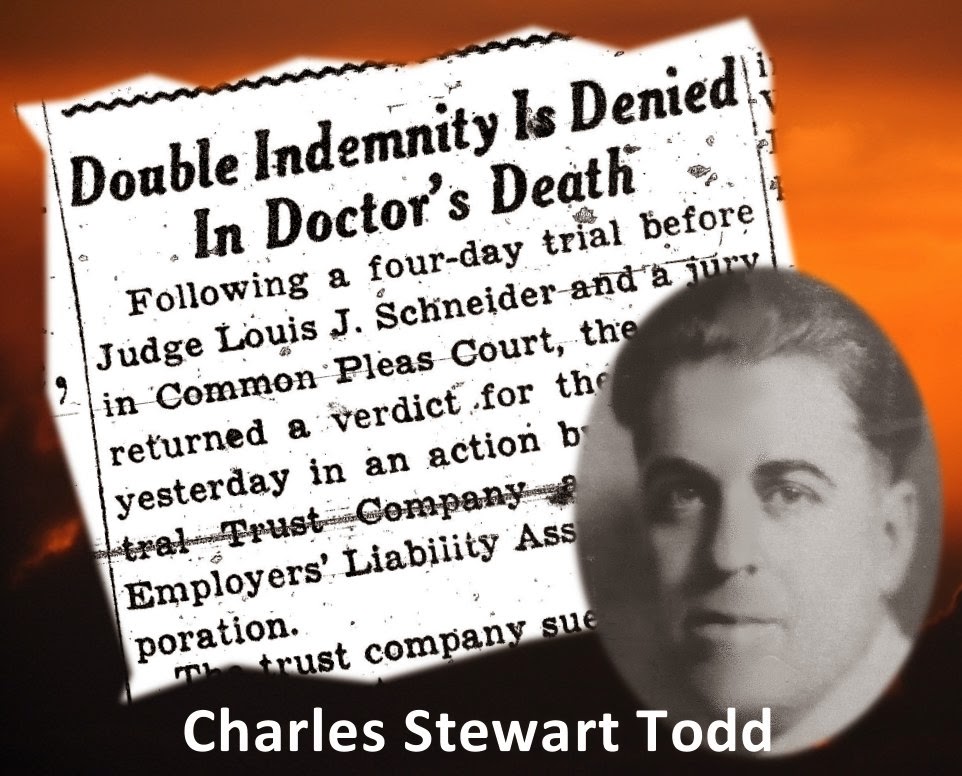 Dr. Edwin Wiggers, 69 years old, retired physician, died of suffocation yesterday when fire attributed to a careless smoker caused $1,500 damage to his home at 2513 Park Avenue…Wiggers was taken to the [General] hospital…Marshall William Flamm…reported that the fire started in the studio of Stewart Todd [sic], an artist who shared the house with Dr. Wiggers…Todd told him that he was in the studio an hour before the fire started, and that he was smoking at the time…Todd escorted Wiggers to the front lawn when the fire was detected…Wiggers evidently returned to the house. He collapsed on the porch…Flames were confined to the studio in the rear of the house, causing but slight damage to antiques with which the house was furnished…At first it was believed that Dr. Wiggers might have been the victim of a heart attack,,,The victim had suffered a heart attack recently…The morgue, however, reported that Dr. Wiggers’s [sic] hair, eyebrows, and moustache were singed.--Cincinnati Enquirer, January 12, 1942

The will of Dr. Edwin S. Wiggers was filed with Judge Frank S. Bonham in probate Court yesterday. The testator gave his real estate at 2513 Park Avenue to Charles Stewart Todd, artist, and devised to him the income from the remainder of his estate for life…It was surmised that he [Wiggers] had returned to the house to save some of the antiques which he had collected from all over the world…The will, executed by Dr. Wiggers August 15, 1939, named the Central Trust Company and Todd executors. A codicil added Auguest 6, 1941, gives Todd the right to receive $5,000 cash from the residue…The trust company…estimated the estate at $35,000* in personal property and $5,000 in real estate.
--Cincinnati Enquirer, January 21, 1942

Jurors returned a verdict for the defense yesterday in an action by the Central Trust Company against the Employers’ Liability Assurance Corporation. The trust company…seeking $10,000 as double indemnity on a $5,000 accident policy which Wiggers carried…Wiggers was assisting in removing valuables when he collapsed and died…The assurance company insisted Dr. Wiggers suffered from heart trouble and that his death was due to this. The jury agreed.
--Cincinnati Enquirer, October 30, 1943