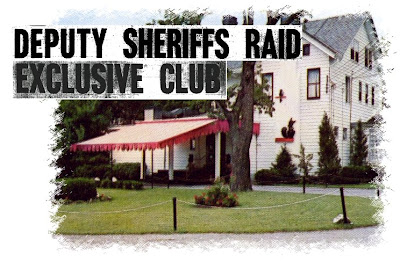 “A squad of deputy sheriffs raided the exclusive Fox and Crow night club and restaurant, Montgomery Road, Montgomery, Friday midnight and broke down the door to a gambling room…Carl Meyer, chief investigator…said it was accomplished despite a ‘tipoff’ by the doorman and belligerency on the part of some of the 20 well-dressed persons found in the gaming room…as the officers entered, several persons spoke harshly to them.
One well-dressed woman was quoted as saying, ‘Why don’t you get decent jobs?’
Another was reported as commenting: ‘You would do better out looking for sex perverts than bothering us’…As the officers were leaving the club, Kitty Kallen, club vocalist, announced that she was dedicating her next number to ‘Carl Meyer and party.’ He didn’t stay for the song.”
--Cincinnati Times-Star, December 3, 1949